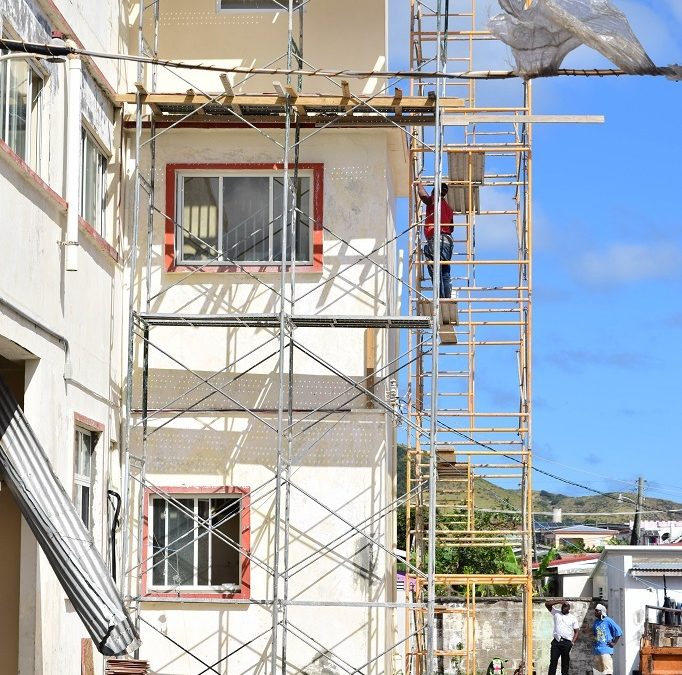 Basseterre, St. Kitts, January 11, 2019 (SKNIS): Fire Chief Everette O’Garro said the St. Kitts and Nevis Fire and Rescue Services (SKNFRS) is pursuing a number of reforms as it works to meet the increasing demands of a progressive St. Kitts and Nevis fuelled by an expanding public infrastructure, tourism industry, and population size.

This week, it was announced that Fire Officer Louise Clarke became the first female that is licensed to drive and operate a fire appliance. She is the first graduate from an ongoing initiative to produce female drivers. Additionally, several staff members participated in a one-day awareness session that sensitized them to safety operations at airports in keeping with standards set by the International Civil Aviation Organization and other agencies.

Chief O’Garro noted that a refurbishment project at the Basseterre Fire Station is also a part of the improvement programme.

“We have replaced the roof, which was originally board and galvanize, to a much stronger and more modern roof.  [It] is a concrete roof and so it is much more resistant and resilient to storms,” he said.

A 2,000 gallon water storage unit is also being added to the roof to provide an additional supply of water in the event of any extended dry spells. Inside of the fire station, tiles are being replaced, new lockers constructed, and bathrooms upgraded.

“It’s all in the interest of making the organization more modern and making the working environment much more conducive,” Chief O’Garro said.

He credited the government for its commitment to support the men and women of the emergency services in St. Kitts and Nevis, which include, fire, police, and EMT.

“We have received a number of new [fire] appliances. In fact, if you go to any fire station in St. Kitts presently, you will find a brand new fire appliance,” the fire chief said.

The appliance stationed at Tabernacle is on loan from another station. However, funds were allocated in the 2019 Budget for the purchase of a new fire truck. Training opportunities will also increase this year in a number of related areas.

“The support that we have received from the government has been tremendous with regards to helping us modernize … and being a much more productive and effective organization,” Fire Chief O’Garro said. 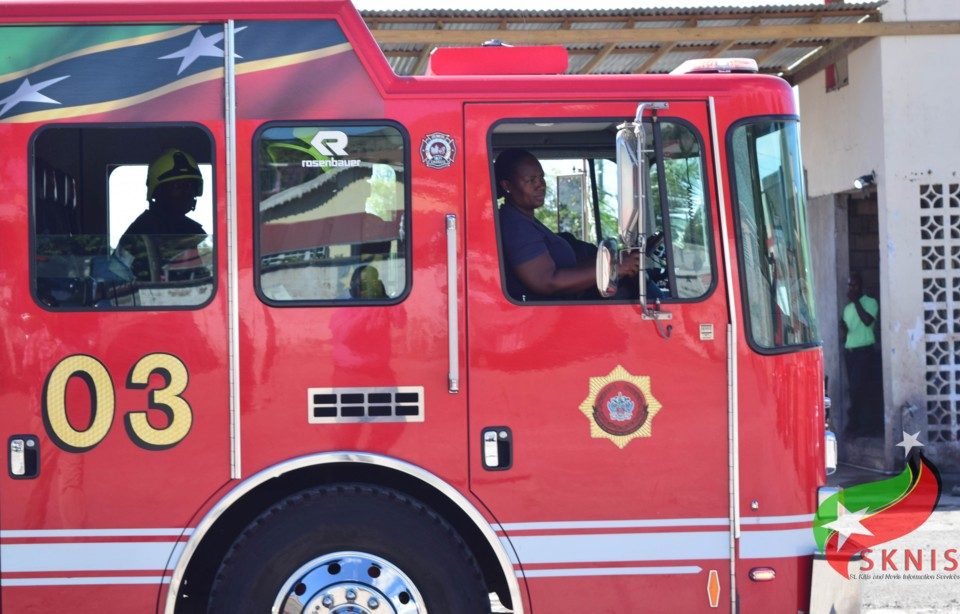